Museum of Science, Boston:  Yawkey Gallery on the Charles River 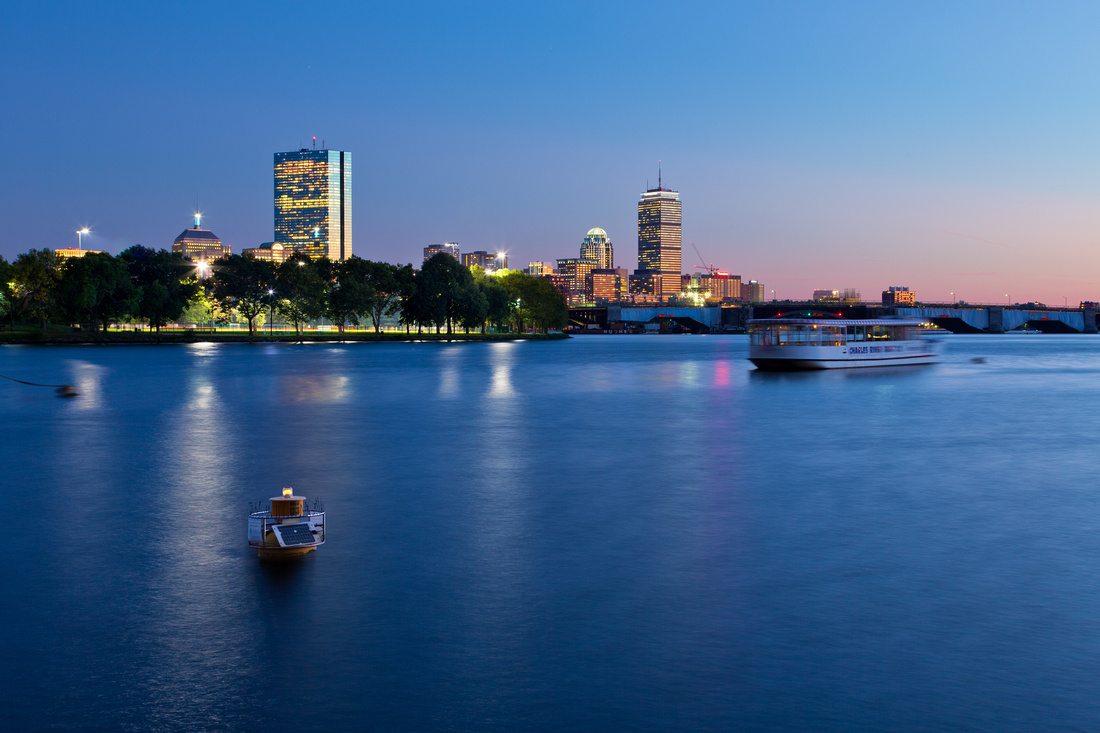 Boston NightThe Boston skyline and the EPA buoy, photographed from the Museum of Science, Boston

In the summer of 2015, the Museum of Science, Boston hired me to create 6 original images for the Yawkey Gallery on the Charles River, a permanent exhibition due to open in early 2016 illustrating the connections between engineering and nature on this famous waterway.

The challenge of making these photographs came with the fact that several of them had to be split-level images, showing both the landscape above water and below the surface at the same time.  Normally this can be done quite easily using a commercially available waterproof housing to protect the camera. But since these housings cannot be mounted on a tripod, they only work for short-exposure shots, taken handheld. The museum, however, was insistent on preserving my artistic style of making photographs with long exposure times in low light conditions using a tripod, while still meeting the split-level requirement.  To accomplish this, the Museum’s engineers developed a bracket that adapted my flexible underwater housing to the mount of my existing tripod.

And a new type of split-level photography was born! 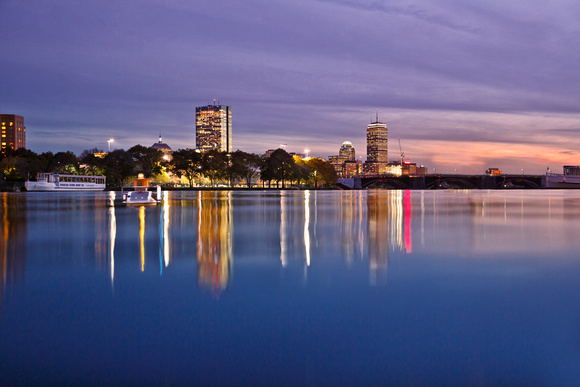 The apparatus is put to use here as I made this shot outside the museum after sunset, showing the EPA water monitoring buoy set against the Boston skyline.  The camera, safely protected in its housing, is half-submerged while mounted on a tripod, which rests on the river bed in this shallow section of the river. 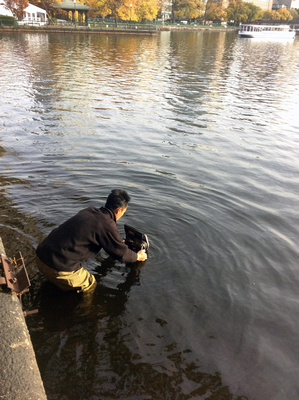 Making these images was an immersive experience, involving waders… 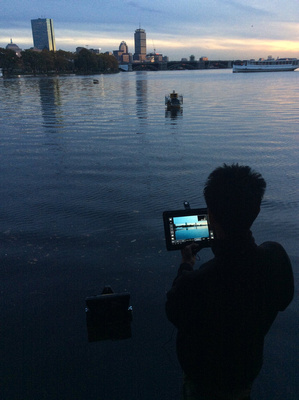 ...remote monitoring of the submerged camera’s output using a tablet… 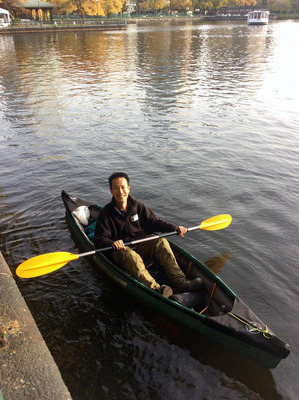 … and even a little kayaking!

The shots I made for this gallery were taken on the Charles River from Boston all the way up to the headwaters in Medfield. 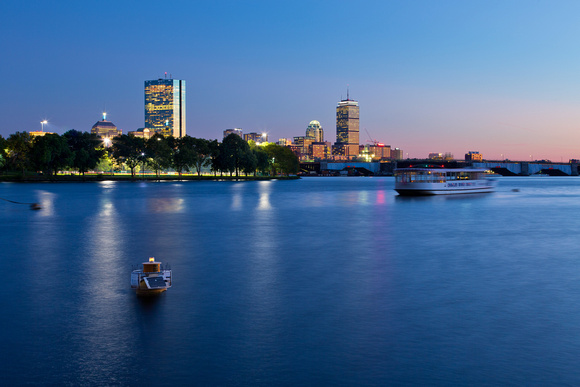 The Yawkey Gallery on the Charles River opened at the Museum of Science, Boston on March 24, 2016, and features my images displayed on stunning 10-foot prints, along with interactive stations, and a 3-story “living wall” made of plants.  Come see for yourself!

Order Prints of my work for the Museum of Science.